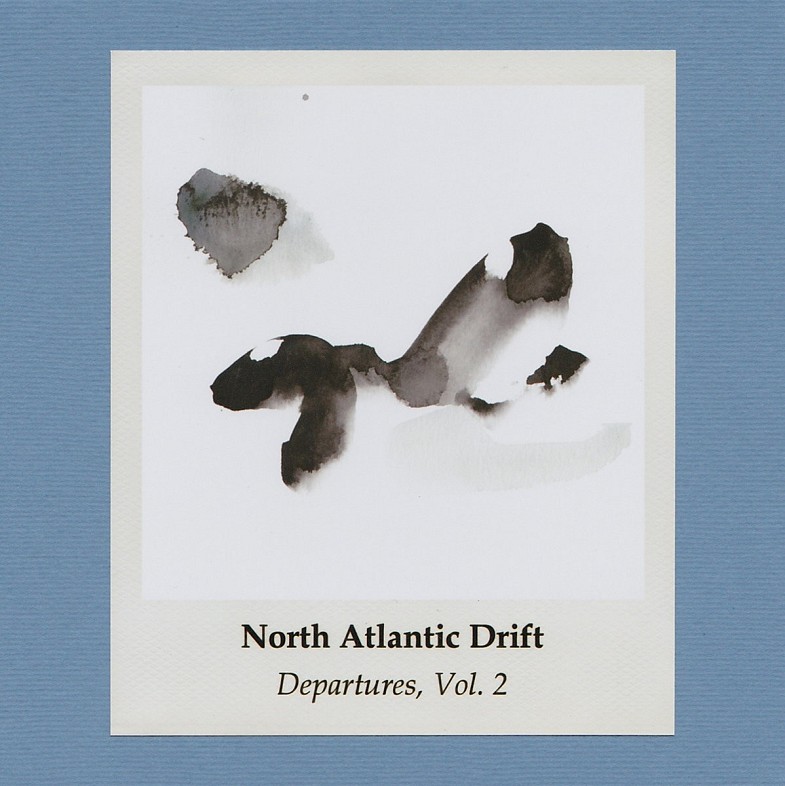 Sound In Silence is happy to announce the return of North Atlantic Drift, presenting their new album Departures, Vol. 2.

This is their sixth full-length album and second on Sound In Silence, after the highly acclaimed album Monuments back in 2013.

North Atlantic Drift is the ambient/post-rock duo of Mike Abercrombie (aka Transits Of Mercury) and Brad Deschamps (aka Anthéne), based in Toronto, Canada. Since their formation in 2011 they have released five albums, four EPs and a split album with Northumbria, while they are also running Polar Seas Recordings label.

Departures, Vol. 2 is in line with last year’s Departures, Vol. 1., showcasing North Atlantic Drift’s atmospheric side of minimal ambient and presenting eight new impressive tracks in a running time of about 50 minutes. Moving away from the melodic post-rock orientation of their earlier releases, North Atlantic Drift have stripped away most of the percussive elements, glockenspiel and more prominent guitars and have achieved a captivating sound of subtle textures, overlapping tones and slowly evolving soundscapes. Built around washes of sustained and reverberant electric guitars, warm and comforting synths and glacial drones, and expertly mastered by George Mastrokostas (aka Absent Without Leave), Departures, Vol. 2 is an intimate, relaxing album with a truly immersive quality, bringing to mind the works of Brian Eno, Stars Of The Lid, Loscil and other artists of similar mien.

The first one is a deluxe limited edition of just 50 handmade, hand-stamped and hand-numbered collectible copies. The disc of this edition includes an exclusive ninth bonus track entitled Vast, not included in the other edition or the digital download. It is packaged in a lovely sewn fabric envelope, which includes a 4 panel insert sheet containing tracklist and information printed on a 180 gsm raf blue cardboard and the front cover image printed on a polaroid style photo paper. It also comes bundled with a download code coupon and a Sound In Silence card.

The second one is a limited edition of 150 handmade and hand-numbered collectible copies. It is packaged in a lovely hand-stamped 127mm x 127mm 280 gsm cadet blue cardboard envelope with the front cover image printed on a polaroid style photo paper and an insert sheet containing tracklist and information printed on a 180 gsm gray cardboard. It also comes bundled with a download code coupon and a Sound In Silence card.