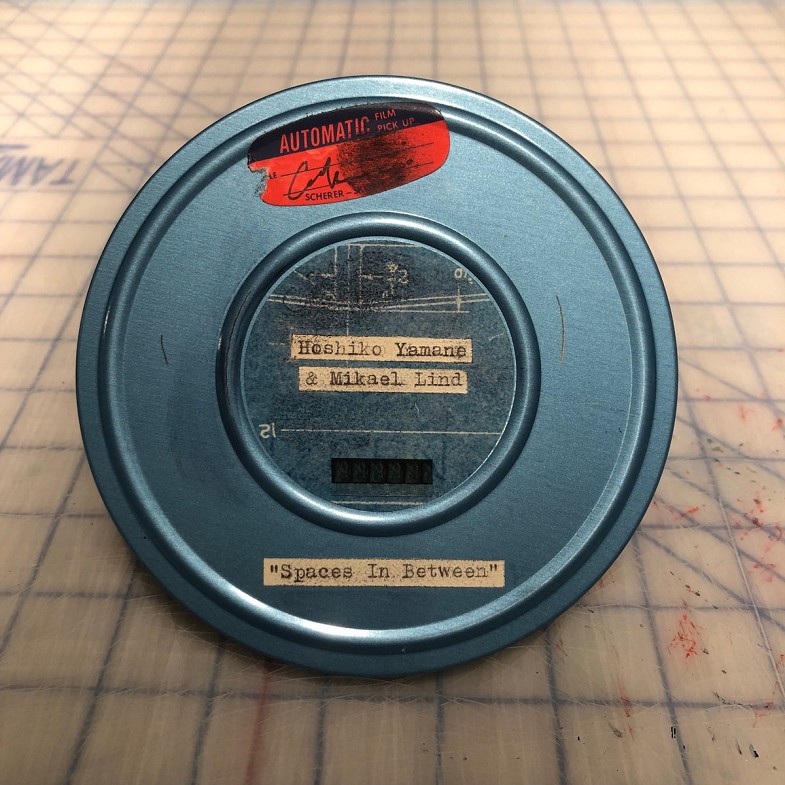 Hoshiko Yamane is a classically trained violinist, and a current member of the legendary band Tangerine Dream. She’s also an accomplished composer, and whether releasing and playing under her own name, or as Tukico, her unique sound often features looped strings together with Moog synths and effects.

Mikael Lind has released several albums of experimental ambiances, often drifting between either more classical Warp style electronica, or a modern classically oriented sound. Early this year, Hoshiko and Mikael decided to try to compose two tracks together, mostly out of curiosity. Thrilled by the outcome of the first two songs, they ended up finishing this entire album!

The idea behind the album title Spaces in Between is conceptual, imagining the space between Berlin and Reykjavik as Hoshiko and Mikael were sending ideas back and forth over the internet from their respective homes without having actually met in real life. They held their first (but probably not last) concert at the Extreme Chill Festival in Reykjavik this fall, and the receptions from the crowd were very positive. Musically, they both have a knack for creating mesmerizing ambient music with classical influences. With violin, viola and piano being at the forefront, and synths and sound design wrapping their themes up as a larger musical environment, they have created something extremely special here!

4 panel digipak version comes in an edition of 140 copies. Deluxe version is already sold out!