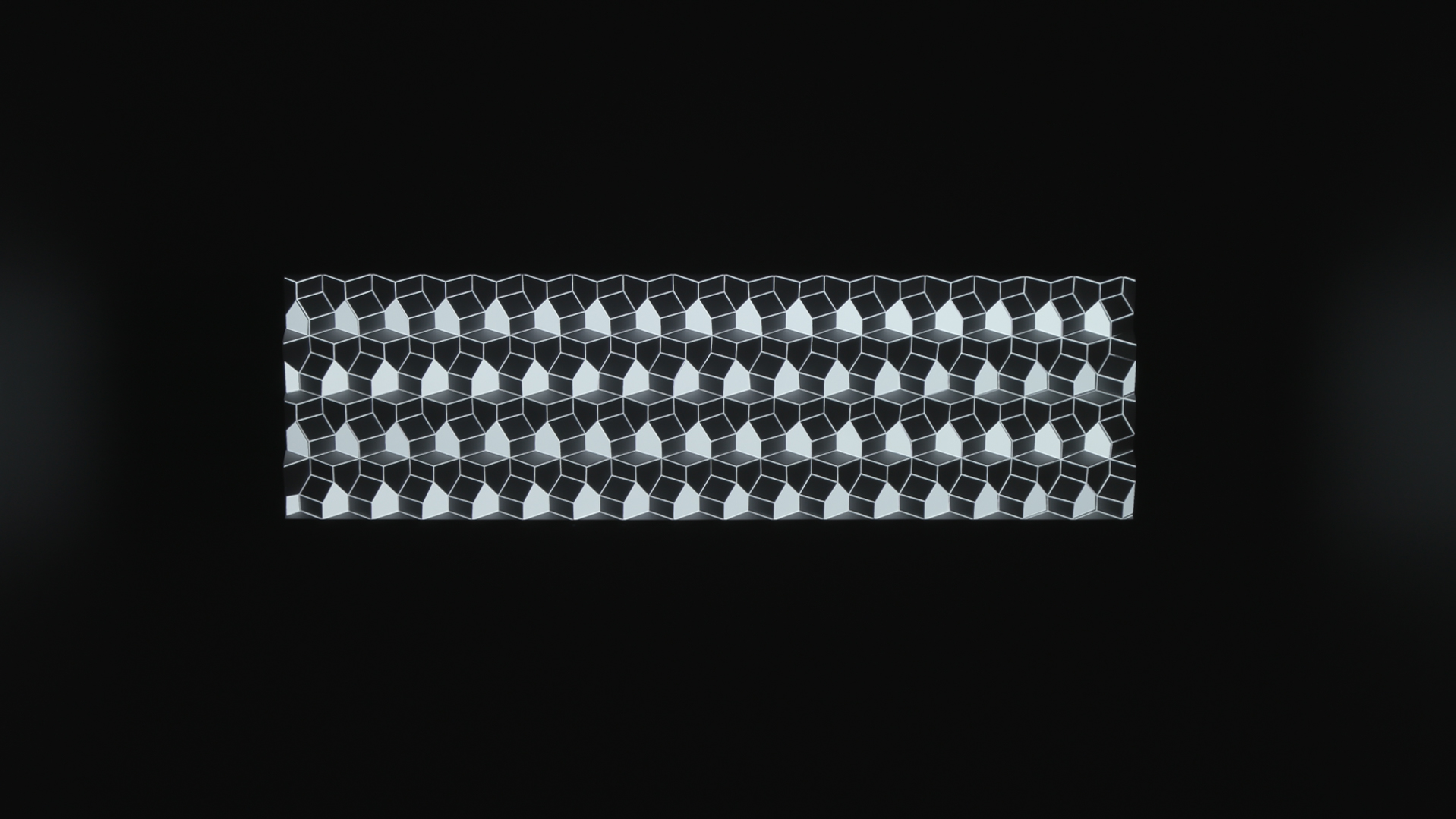 Part of a collaborative exhibition between Dutch graphic artist M.C. Escher (1898-1972) and nendo held for four months at the National Gallery of Victoria in Melbourne, Australia.

House of movement incorporates a house motif with an animation, projection mapped directly onto a geometric, tile-like base. This was designed as a three-dimensional relief using a two-dimensional house pattern.

Inspiration was taken from Escher’s works as he investigated the perfect geometry of crystals and Platonic solids. In the same way Escher expressed the tension between order and chaos, these houses express a state of flux between two-dimensionality and three-dimensionality. By creating digital optical illusions, the animation changes the depth, layout and colour of the base and creates new movements that exist between the accurate physical dimension and the limitless digital world.