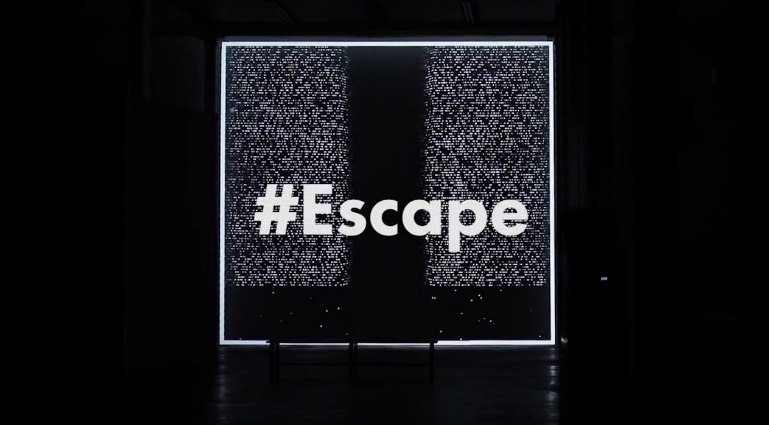 The series #WordsOfData by Aleix Fernández generates serene and repetitive audiovisual structures that are something of an audiovisual mantra, using thousands of Twitter messages as raw material. Each piece is composed of thousands of tweets that come from the hashtags #escape, #music, #tears, #light, #death and #feel, one for each of the hashtags used.

#WordsOfData is a series of medium format pieces that, with the use of mapping projection techniques, focuses on the contrast between an overload of information and the void produced by new technologies.

Each message is represented with a geometric figure, a dot or a line generally, with properties related with the message itself, like its relevance in the social network.