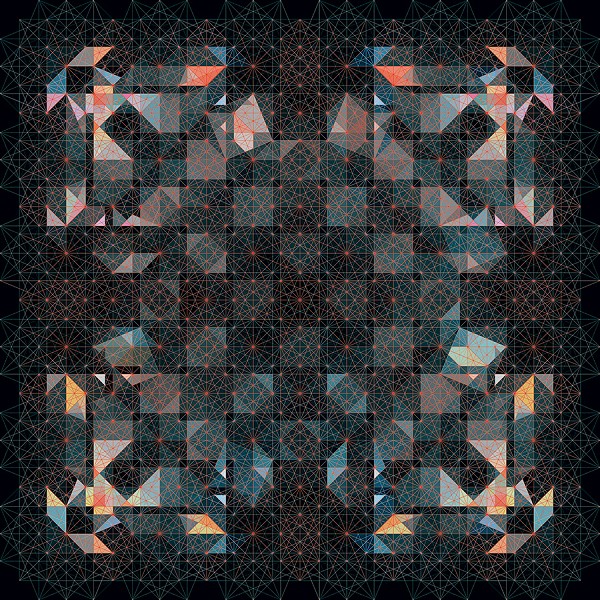 A master of color and geometric composition, Andy Gilmore‘s work is often characterized as kaleidoscopic and hypnotic, though it could just as well be described as visually acoustic, his often complex arrangements referencing the scales and melodies in music.

Since 2010, Gilmore has been collaborating with Ghostly International, creating several album covers for the artist Gold Panda, along with releasing his own visual compositions under Ghostly International Editions, Ghostly’s art house division dedicated to releasing the work of a growing cadre of talented visual artists.