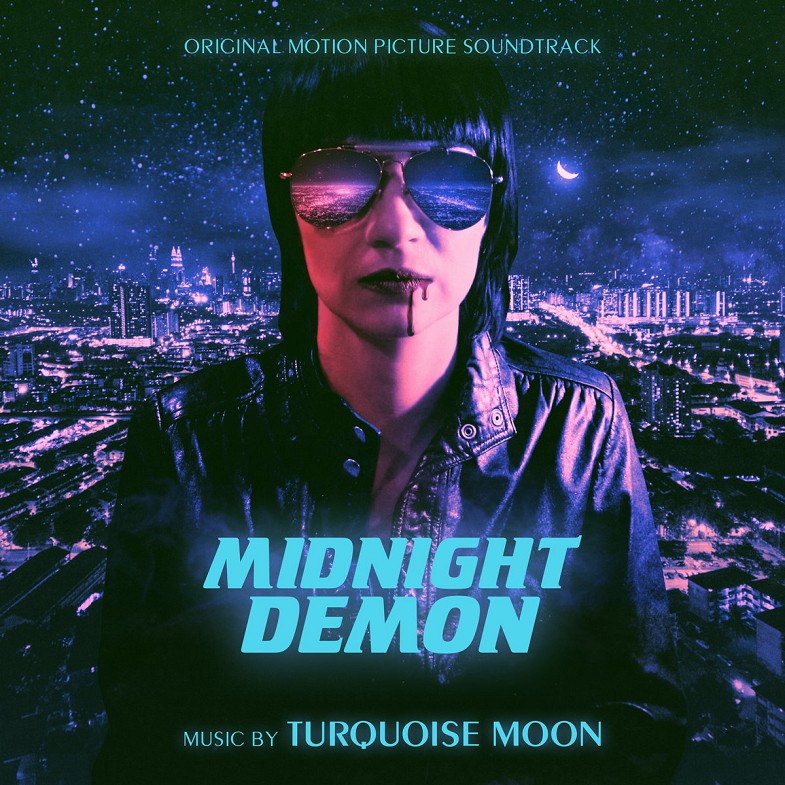 Turquoise Moon were an American synth duo of Terry Ferrello and Frank Heisenberg, recording and releasing music from 1981 to ‘86. The pair met in ’81 while living in Mountain View, California, and working as game developers for Atari Inc. Here they discovered a shared fascination for synthesisers and drum machines that they cracked, modified and rebuilt. Choosing the name Turquoise Moon, the duo wrote instrumental music out of Frank’s basement, which they self released on cassette via independent stores and fanzines throughout the Bay Area during 1982.

One of these rare tapes made its way to the hands of LA-based writer and director Kyle Caruso, who had cut his teeth directing commercials for the automotive and high end perfume industries and was about to embark on shooting his first feature film. That film was Midnight Demon.

Presented as a limited edition, hand numbered cassette in a choice of two colours.
Choose from ‘Purple Prey’ or ‘Neon Blue’ coloured shells (75 copies of each).