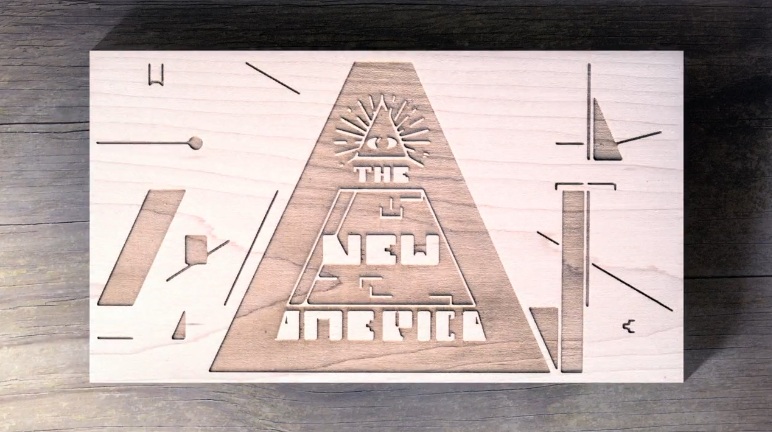 “The New America” by Nando Costa is a short animation in which every frame was created by laser engraving its unique artwork onto a solid block of maple. Once complete, the entire sequence of +800 frames was then photographed and assembled into this motion piece.

After many unforeseen issues and delays, the entire process took about two years.

As seen in the video, each frame is unique. Aside from the design of each frame itself being distinct, small variances that naturally occur in the laser engraving process as well as the different wood grain of each frame naturally created subtle shifts of the position of the artwork. An effect that I was particularly interested in and that could naturally be achieved in digital assembly, but that I was much more excited about re-creating with real objects.

The abstract storyline showcased in this piece is a concoction of a variety of ideas and can perhaps be described as a union between concepts and experiments born during the Situationist movement and real life events experienced during the last few years in American society. Particularly the duality between the economic downturn and the shift in values and beliefs of many citizens.