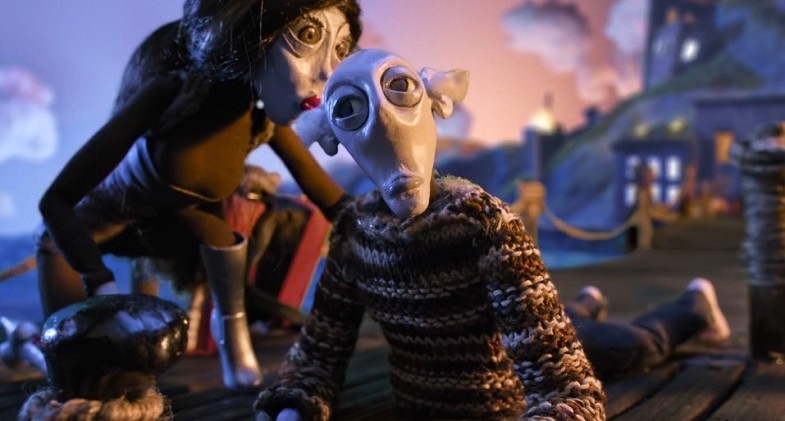 Seven and a half years in the making, The Moon’s Milk is an entirely handmade stop motion animated short about a time when the moon was close enough to be reached by ladder.

Narrated by Tom Waits, the film chronicles the last expedition of Captain Millipede and his crew to harvest the milk seeping from the craters.

The action take place between the gravities of two heavenly bodies, which further complicates the attraction between the characters. Longing, missed signals, and mishaps lead to the enchantment of the heavens with music.

Written and directed by Ri Crawford.

AFTER DEATH, BEFORE HELL