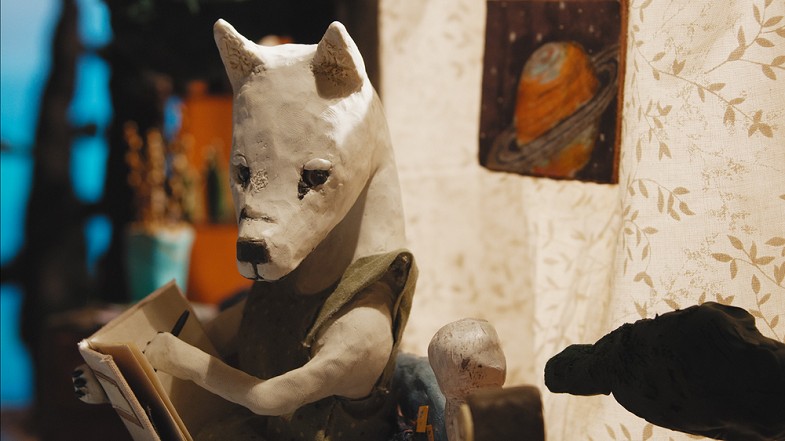 The Itching is a 2016 clay animation film short, written and directed by Dianne Bellino and animated by Adam Davies.

The film follows a shy wolf who attends a dance party thrown by a group of hip, freewheeling bunnies. Though the wolf longs to connect with the exotic strangers, anxiety overwhelms her, and she descends into obsessive itching.

An intensely visceral film, warm-hearted and disturbing, The Itching investigates our primal longing for connection and reveals the vulnerability, anxiety, and ambivalence embedded there.