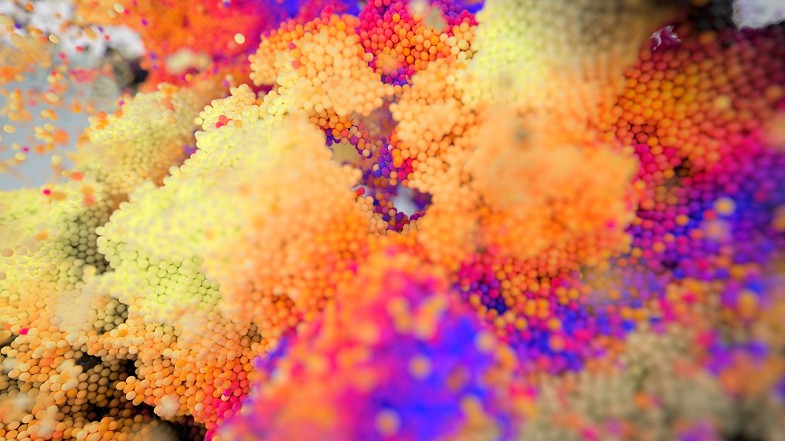 Supernova is an experimental 4K art film directed and designed by Maxim Zhestkov.

Everything around and inside us was conceived in a huge explosion of a star billions of years ago… and, probably, recycled from other matrices myriad times. In this eternal carousel of matter, particles gather, form complicated structures and then burst into all directions fusing atoms together and producing new elements and points of view, new colours and patterns of perception.

Explosions could be perceived as a destructive force and the process of tearing previously formed matter apart and, therefore, could have negative connotations; however, fundamentally, only the process of breaking familiar structures and rearranging them into new, more sophisticated shapes could kindle new meanings and ideas and be the main creative force forming the future.

Designed and directed by Maxim Zhestkov.

Furnace Of The Birds