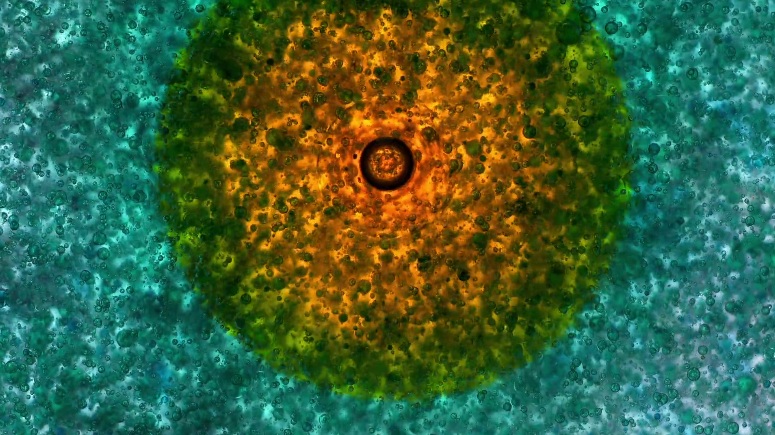 STREAM by Roman De Giuli is one of the first evidences to show the beauty and colorfulness of fluids and particles in tiny areas, only have an inch wide and not visible to the naked eye. It’s all about the dramaturgy of emergence and fading, offering the viewer plenty of allegories and associations to let the mind float and travel.

The idea of STREAM was to stage the genesis of a tiny universe which only exists for a very short time on a glass plate and then dissolves into a messy stream of oil, ink and water. The universe itself needed to appear as a well-defined, glowing and shining phenomenon which reminds the viewer of a look through a telescope. The atmosphere full of stars, planets, clouds and fog emerges from huge colorful streams, forming balls and bubbles. Their surfaces reflect the background pattern, giving the objects a quite three-dimensional look and feel. The space expands more and more into the depth, until upcoming star bursts make the whole system collapse. The illusion decomposes to a dark splash of substances and disappears as fast as it came up.