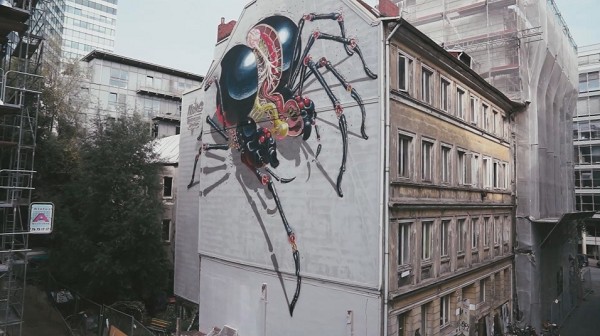 The Austrian urban art and graffiti illustrator Nychos was born in 1982 in Styria, Austria where he grew up in a hunting family. Getting confronted by the anatomy of dead animals at an early age and being an 80’s kid with an interest for cartoons and heavy metal ended up being some of the ingredients which inspired him when he started graffiti and painting at the age of 18. Over the years he developed a distinctive style which stands out – his dissections and cross sections of human and animal bodies are easily recognized. The focus and reinterpretation of dissected motives in a combination of colorful outlines can be seen as his branding. 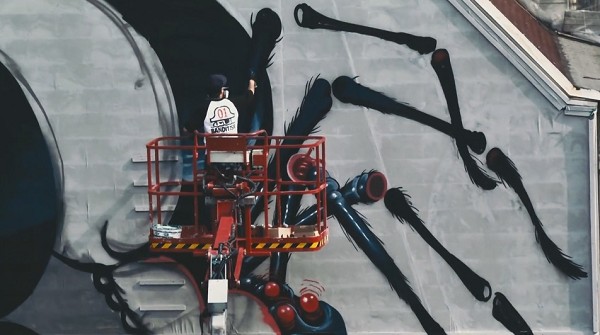 He is well known for his huge and technically outstanding art pieces in the urban environment as well as several gallery exhibitions. In 2013 he had solo shows in Detroit (Inner State Gallery), New York (Mighty Tanaka) and Turin (Galo Art Gallery), besides traveling the world, painting in over 15 different cities and participating in Art Basel Miami Beach, Pow Wow Hawaii and many other events. In 2014 he had two solo shows in San Francisco (Fifty24SF) and Singapore (Mighty Jaxx) amongst a set of festivals, events, conferences and fairs. He’s currently seen as one of the most sought-after artists of the street art scene.

The Murals Of Łódź

You And Me by Pref

PACHAKUTI: Mural by INTI in Arica,...