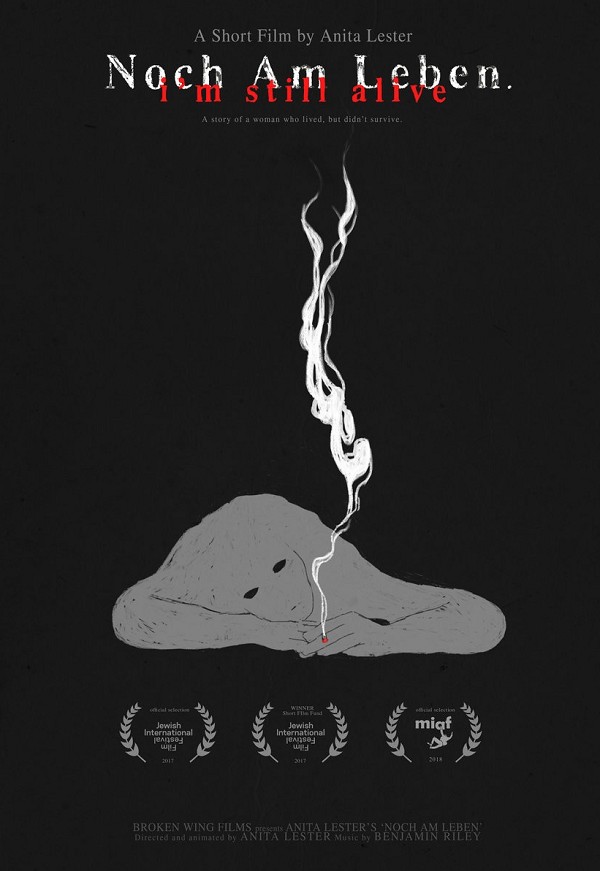 Haunted from the beginning to the very end, Noch Am Leben/ Still Alive is the story of a woman’s recollection of her mad Holocaust survivor great aunt.

Through the ghetto to cradling her dying sister, Eva Nagler left her mind on the beaches of the Baltic Sea during one of the largest death marches of WWII. Being only one of only a handful of survivors out of tens of thousands, we see vignettes of her perspective- distorted, romantic and affected by the muffled memories.

Narrated by her great-niece, the story captures a snapshot of the cold reality of war and its terrible lingering aftermath.

A film by Anita Lester • Music by Benjamin Riley.