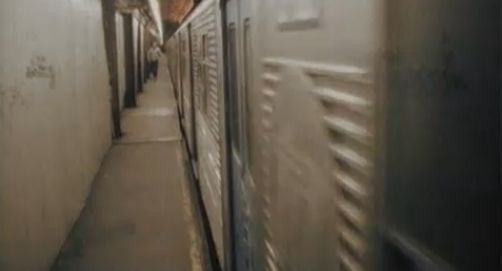 “The story: in 1986 I made a round trip through the USA and Canada. The starting point was New York. So I filmed some scenes in Manhattan. And was going in the underground at 43nd St & Timesquare. I filmed with a big ARRIflex 16mm camera with a 120m magazine with 7250 Kodak 16mm color reversal Tungsten 400 ASA film and a Schneider Cine Xenon 1:2/16mm lens . This equipment is good for 10 Minutes recording duration at 25 f/sec. After I time a man comes to me and said, he´s a cameraman at ABC and filming at the subway is strictly forbidden without any permission and police is on the other end of the platform. So I was leaving the station, but I had these beautiful pics of the old times in the New York subway. At the same time I recorded the stereo sound with a SONY WM-D6C with two Sennheiser micros in stereo.”