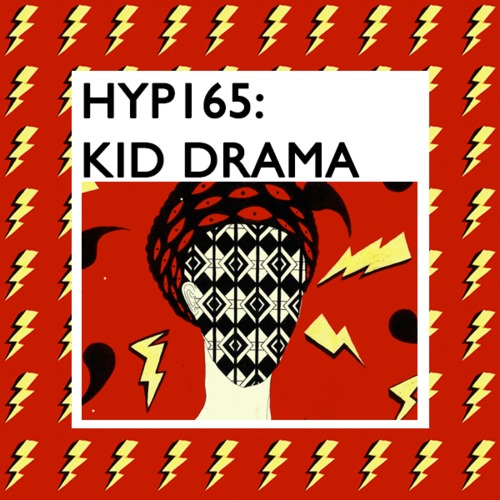 “Damon Kirkham likes an alias, that much is clear. Formerly one half of Instra:mental (along with Al ‘Boddika’ Green), he operated as Kid Drama, before employing the Jon Convex moniker around the time the duo split around 2011.

Details of the split remain sparse to this day, but what is apparent is that the sepration hasn’t stopped the flow of quality music being released by Kirkham. Always operating with a sonic pallete that took note from, but didn’t exclusively sitck to, Drum n Bass, he’s now focusing on his output as Kid Drama, teaming up with former Autonomic collaborator d-Bridge as Heart Drive for a series of podcasts and some new material. With the podcasts focusing on a glitchy half-step and synth heavy electronica, it would appear Heart Drive is a new exciting chapter in Kirkham’s perennially forward facing musical career.

Tracklist free, Hyp 165 takes in all facets of Kirkham’s career, travelling from his Autonomic days to the present day revival of Kid Drama. Jungle, Footwork, Half-Step and DnB all fit in seamlessly as Kirkham keeps the quality throughout for an hour’s worth of music that refuses to sit still for a single second.”