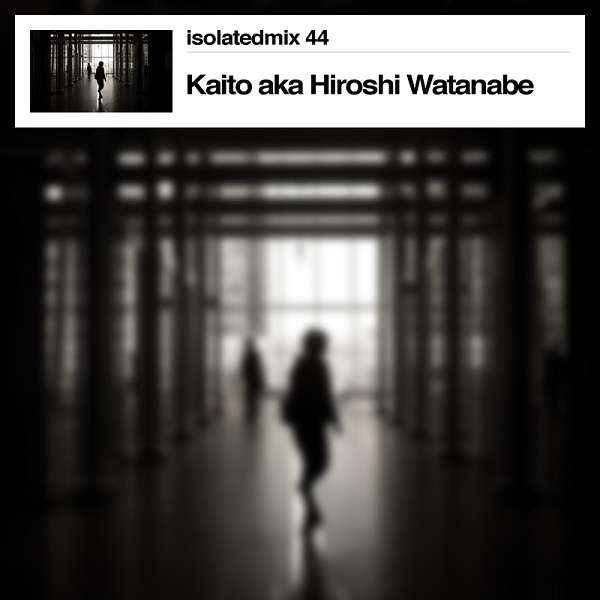 “Hiroshi Watanabe has been releasing records since 1996, with styles ranging from deep house to his more recognized ambient/electronica works on Kompakt under the guise of Kaito. A stalwart for the label for the past twelve years, Hiroshi has clocked up no less than eight albums and recently released the rather brilliant “Less Time Until The End”.

His passion for introspective electronic music is clearly visible in his latest release and his Kaito moniker is seemingly dedicated to this emotional side. Named after his son and translating as “the one that is able to explain the universe”, Kaito’s music is warm, analogue and immersive electronica, riddled with a million stories. Hiroshi’s a big believer in communicating through his music and opens up to the many ways a track can be perceived- he’s a storyteller, a painter of the night sky and the magician behind the soundtrack which accompanies them.

Hiroshi’s isolatedmix stems from this approach and takes us on a night-flight through some of his inspirations that span the spectrum of the ambient electronic genre – a perfect introduction to the newbie or an expertly curated accompaniment for the veteran. Hiroshi will be the guide, but you’ll make your own way there…”