Julien Boulier :: A Film Not Yet Made 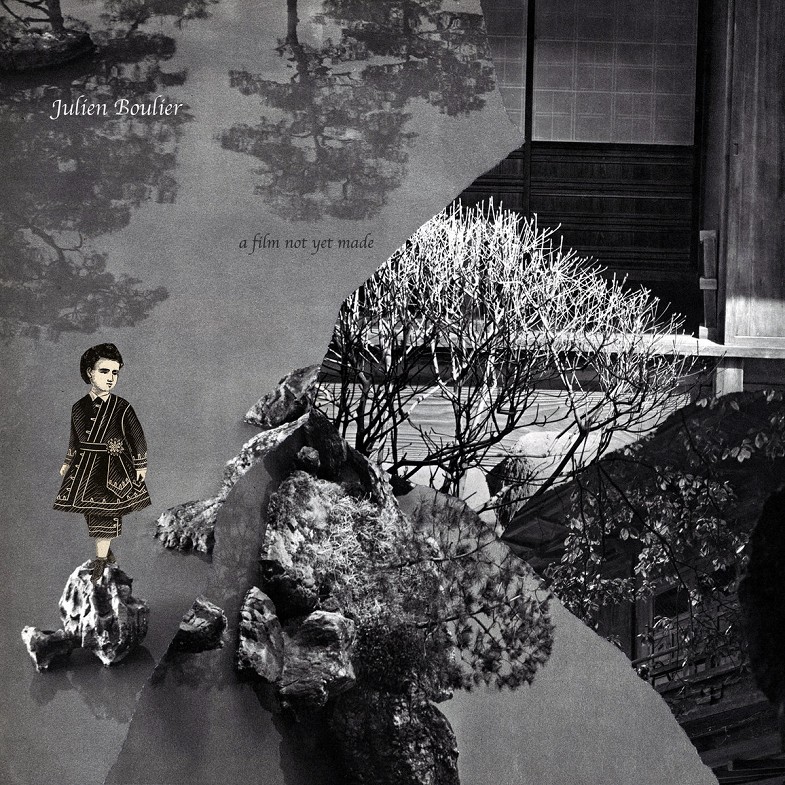 This is the first album from French composer/pianist, Julien Boulier, entitled, “A Film Not Yet Made”.

Just as the title suggests, the nine cinematically indicative and modern classically influenced tracks on this record will indeed transport you into a mysterious celluloid fantasy of sorts…of places and people not yet filmed, of emotions not yet brought to the inner screens of your mind. At times ethereal, and at others dramatic…the piano and other instrumentations ebb and flow in a filmic stream of beautiful dreams and imagery…fairytale like…windswept…romantic…and ultimately grandiose and life affirming. Put this music on and begin filming…!

Released on both vinyl and CD. The vinyl version will come in two editions.

The over the top deluxe limited edition version comes in an edition of only 60 copies. Each of these comes in a repurposed 50+ year old classical music box set, lidded box…each box is covered with a unique collage on the front of it made from vintage architectural photographs and victorian cut out figures from Peterson’s ladies magazine from the 1860’s. Inside each box, the 180g oxblood red vinyl comes in a vintage inner paper sleeve, slipped into a soft, sewn fabric bag. Included in each as well are adhered 150 year old French architectural plans, and an original hand written, three page score by Julien of one of the songs on the album. Also included is dried lavender and other appropriate ancien’ ephemera.

There is also a standard 180gm black vinyl version in an edition of 190 copies.