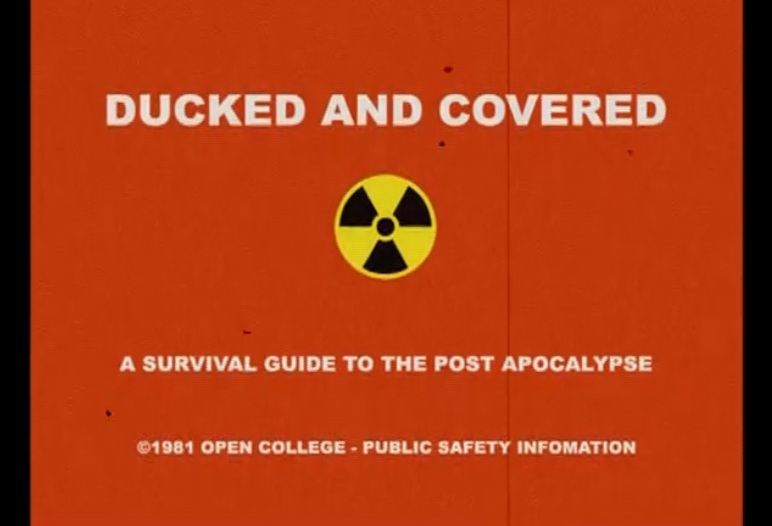 A Survival Guide to the Post Apocalypse is an instructional public information film designed to assist the general population with surviving life in Australia after a nuclear war. Produced by the Australian Board of Civil Defence during the early 1980s, this previously unseen, dusty print was uncovered deep within a university film archive.

Broken into four chapters, the film guides wary survivors through the trials that will await them in the post apocalypse. From post-apocalyptic fashion and unique uses for surplus human skulls, to becoming a local warlord and avoiding radioactive mutants, there is something for all dwellers of the wastelands. With its dry methodical narration, brooding synthesizer, minimalist animation and erroneous guidance, Ducked and Covered is a dark humored parody/loving homage to the late cold war era, early 1980’s public information films, as well as a reminder OF WHAT STILL COULD BE.